Prof. Matthew Hibbing’s paper "The Trump Draw: Voter Personality and Support for Donald  Trump in the 2016 Republican Nomination Campaign" has just been published in American Politics Research. Congratulations to Prof Hibbing and his co-authors!

The paper explores how the Big Five personality traits correspond with variation in judgments regarding the leading presidential candidates during the 2016 Presidential nomination campaign. The authors make use of data from a large national survey fielded at the time of the Iowa caucuses. Their analyses show that voters with a particular constellation of personality traits including high conscientiousness and extraversion, and low openness, agreeableness, and neuroticism tended to favor Donald Trump as compared with the remainder of the Republican field. 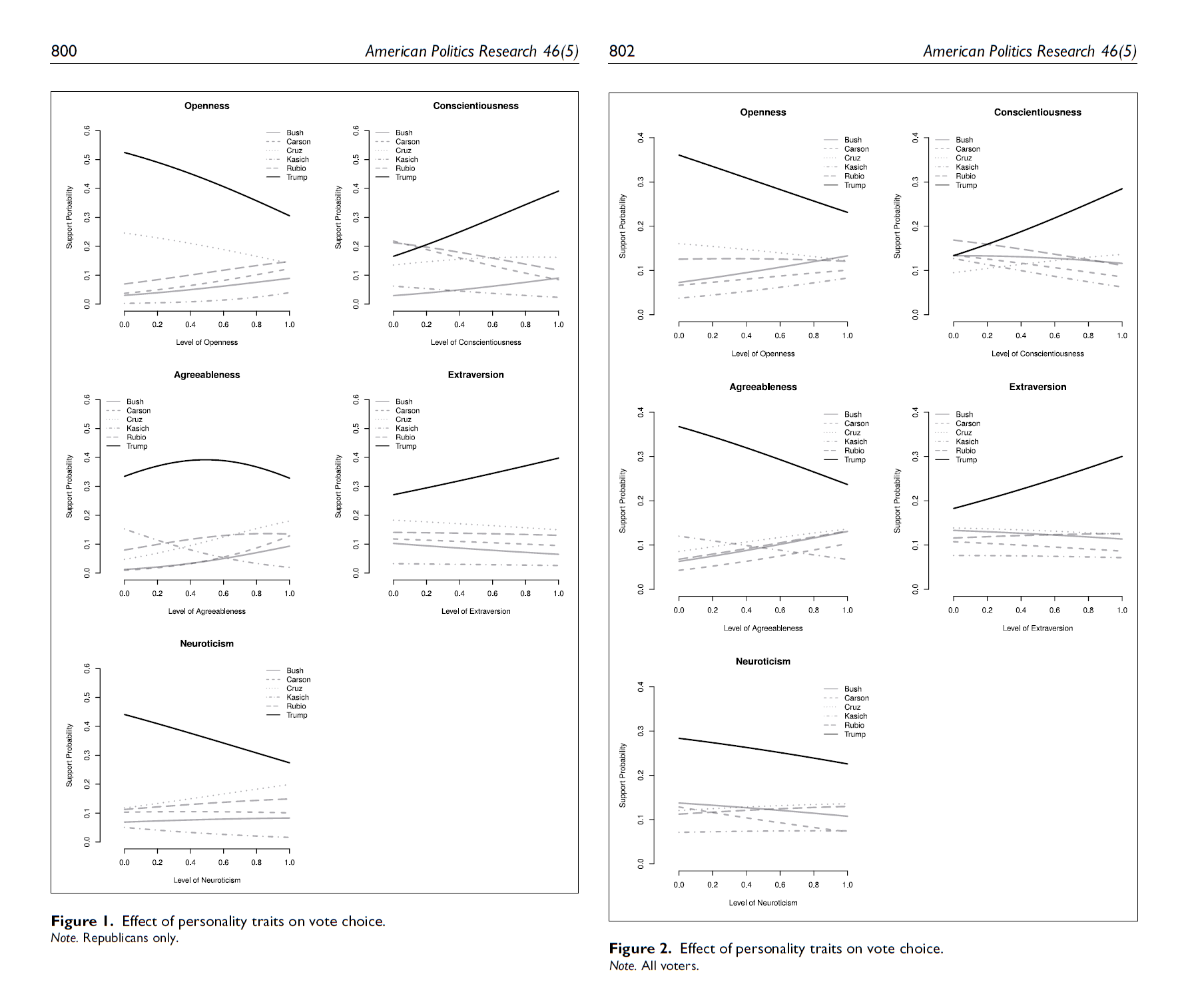