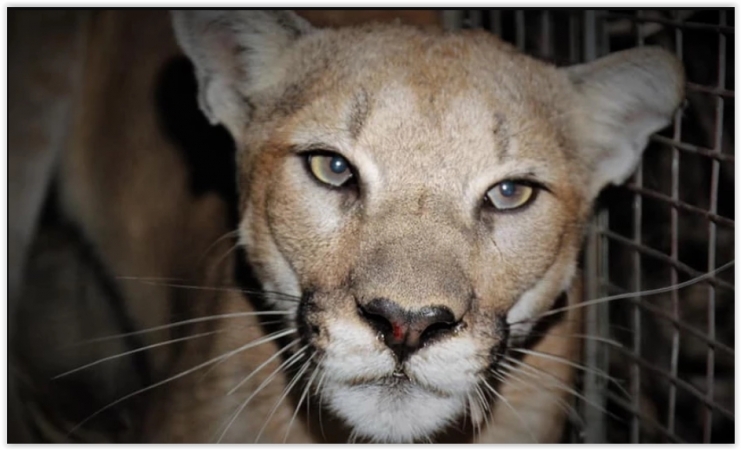 A mountain lion found in the western portion of the Santa Monica Mountains.(Jeff Sikich/NPS)

"Until recently, the Silicon Valley enclave of Woodside was best known as the home of many wealthy tech entrepreneurs, including Oracle founder Larry Ellison, who built a $200-million replica of a Japanese feudal castle across 23 acres of land.

But then Woodside got cougars involved.

For a brief period during the past few weeks, the small exclusive community declared it was exempt from a new state law that generally allows fourplexes on single-family home parcels. That’s because, town leaders said, all of Woodside was mountain lion habitat. Following a few days of widespread scorn, including from big cat organizations, Woodside backed down.

On this episode of 'Gimme Shelter: The California Housing Crisis Podcast,' we delve into all the details about Woodside’s mountain lion gambit and how the tactic fits into the long history of wealthy California cities trying to prevent more affordable housing. Our guest is Jessica Trounstine, a political science professor at UC Merced, who has studied segregation and development in California."

Listen to the podcast here.