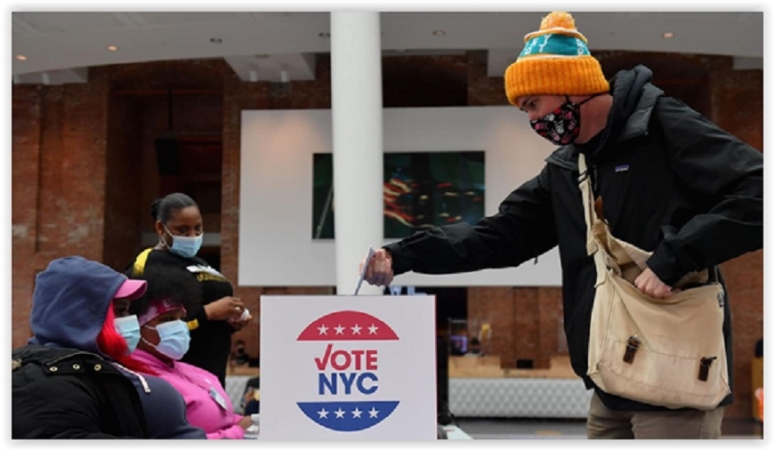 John F. Kennedy won the 1960 presidential election by such a narrow margin that it’s easy to imagine how history might have turned out differently. What if Kennedy had lost a key endorsement or Richard Nixon had better prepared for the first debate? What if it had rained on Election Day?

Unusually heavy rainfall dampens turnout among less reliable voters, according to a 2007 study. These voters tend to favor the Democratic candidate, particularly when a Republican is in power. Nixon needed rain to keep these voters from going to the polls. He didn’t get it.

“In 1960, for instance, it was a remarkably clear day across the entire country. Had it rained that day, we probably would have had a Nixon presidency eight years earlier,” said Brad Gomez, a political scientist at Florida State University and lead author of the study, which simulated every presidential election from 1948 to 2000 under different weather. Researchers also found that rain in Pensacola, Fla., in 2000 may have cost Al Gore the presidency.

Even if stormy weather were anticipated, it’s not clear how much it would have benefited Republicans. This year, around 6 in 10 supporters of Biden plan to cast their ballots early or by mail, according to a recent Post-ABC poll.

“Our work shows that people are sensitive to changes in the physical costs of voting,” Gomez said. “Early voting, voting by mail — all of that makes it less likely that rain is going to have an effect on Election Day.”

Among supporters of President Trump, on the other hand, around 6 in 10 plan to go to the polls on Election Day. But rain would have been unlikely to have kept them home, said Tom Hansford, a political scientist at the University of California at Merced and co-author of the study with Gomez. Incumbent Republicans tend to draw support from more reliable voters, who are less likely to be deterred by a downpour.

“It is not clear to me that rain on Election Day will hurt Trump’s vote share this year,” Hansford said in an email. “But it may help him less than we would normally expect.”