Prof. Melissa Sands' paper "Can Violent Protest Change Local Policy Support? Evidence from the Aftermath of the 1992 Los Angeles Riot" has just been published in the American Political Science Review. Congratulations to Prof. Sands and her coauthors!

The paper studies the political consequences of violent protests. Using new geocoded ballot data, the authors show how policy support for the public funding of education shifted as a result of the 1992 Los Angeles Rodney King riot, one of the most high-profile events of political violence in recent American history. Contrary to some expectations from the academic literature and the popular press, the results show that  the riot caused a marked liberal shift in policy support at the polls. This was seemingly the result of increased mobilization of both African American and white voters which appears to endure over a decade later. 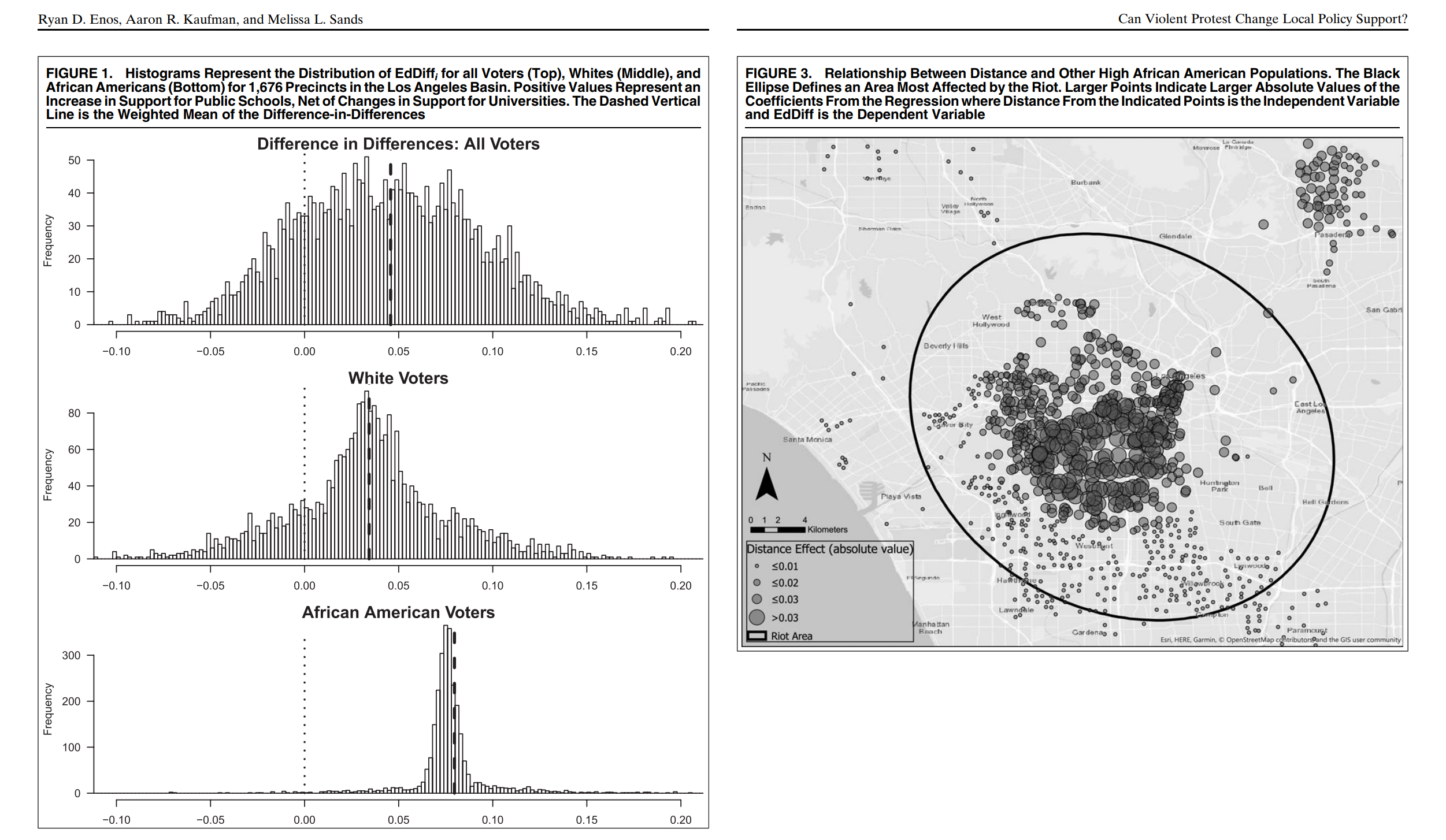