Hibbing and Deol Published in IJPOR 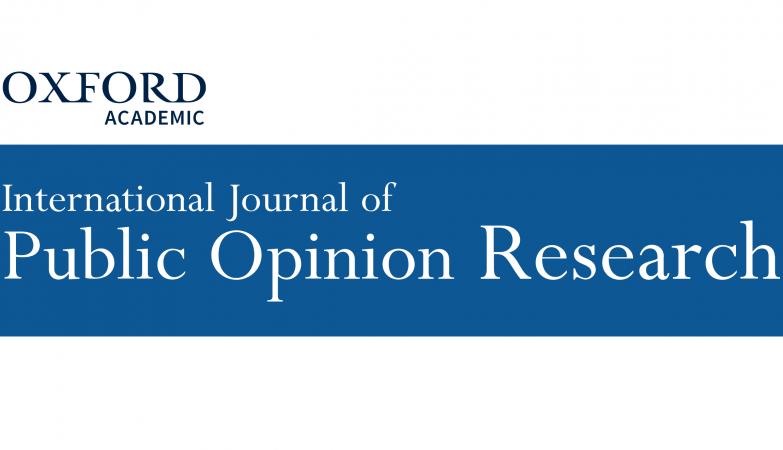 The paper studies the relationship between personality, measured as the "Big Five" personality attributes, and response styles, which are a respondent’s general approach to survey questions. Focusing on the "Extreme Response Style" and the "Acquiescence Response Style," the authors analyse two nationally representative U.S. surveys, and replicate analyses with data from nearly two dozen other countries in the western hemisphere. They find that, consistent across the various surveys, openness and conscientiousness are particularly strongly correlated with both response styles.