Trounstine and Vue in Political Behavior

The paper, which has already won recognition in the discipline, studies the troublesome ways in which the cognitive complexity of voting can shape voter choice. Through two experiments, the authors show that voters tend to rely heavily on racial prejudices when evaluating candidates if they are under heavy cognitive load. In particular, black candidates tend to secure less electoral support in settings in which voters are cognitively stretched. By contrast, if voters are given the cognitive space to intentionally limit their prejudices, support for black candidates increases. The authors show that this phenomenon is particularly evident among liberal voters. 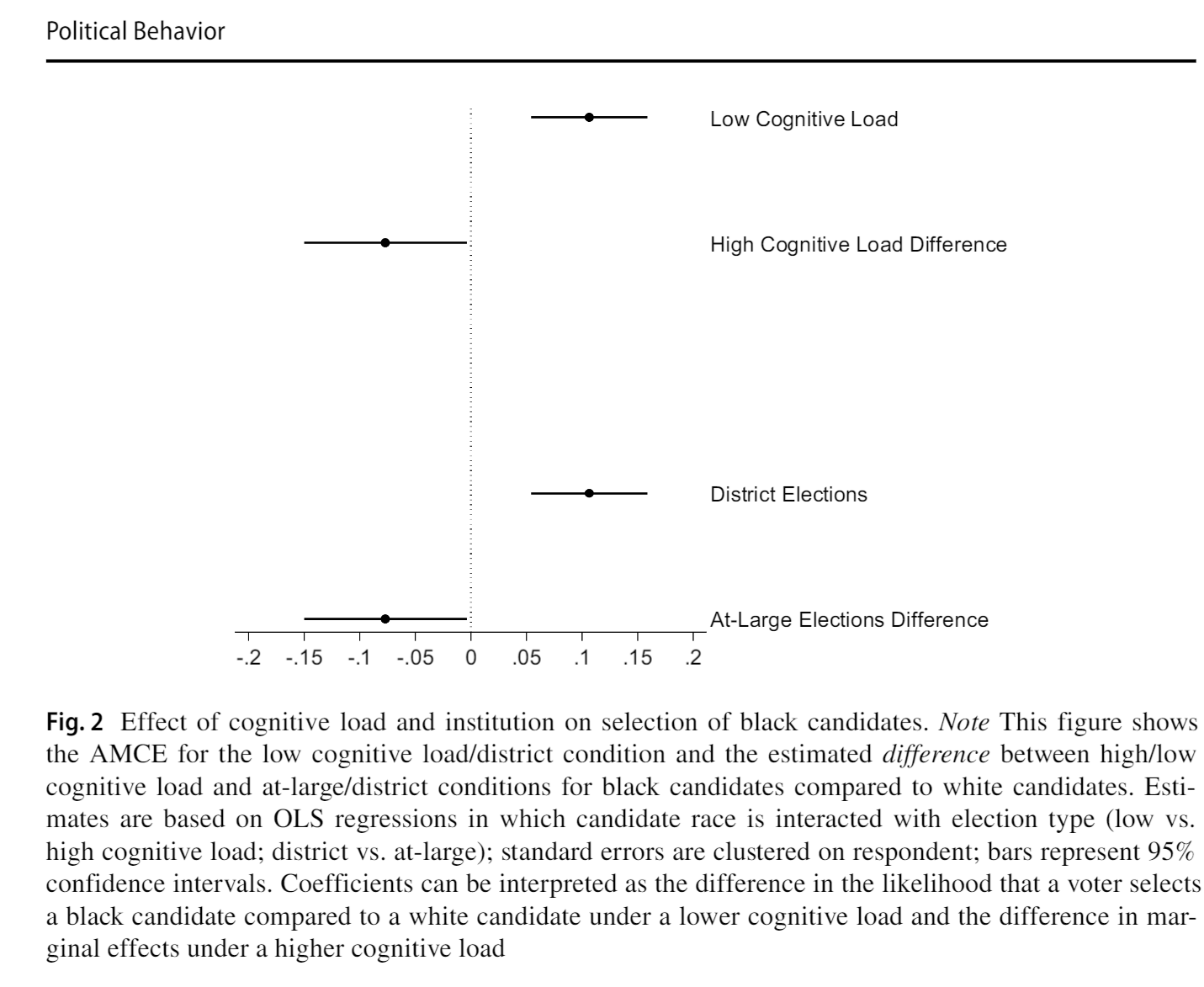