The paper proposes two theoretical ways in which "ownership" of issues and traits may be manifest in the minds of American voters: party reputations and candidate stereotyping. The authors then develop a quantitative measure of both of these. Original national survey data provide the first evidence that party reputation ownership exists for issues and traits, while experimental tests show evidence of candidate stereotyping for issues, but not traits. Voters associate some traits more with one party, but may not assign them to candidates based upon party label, demonstrating a key difference in the nature and likely implications of issue and trait ownership. 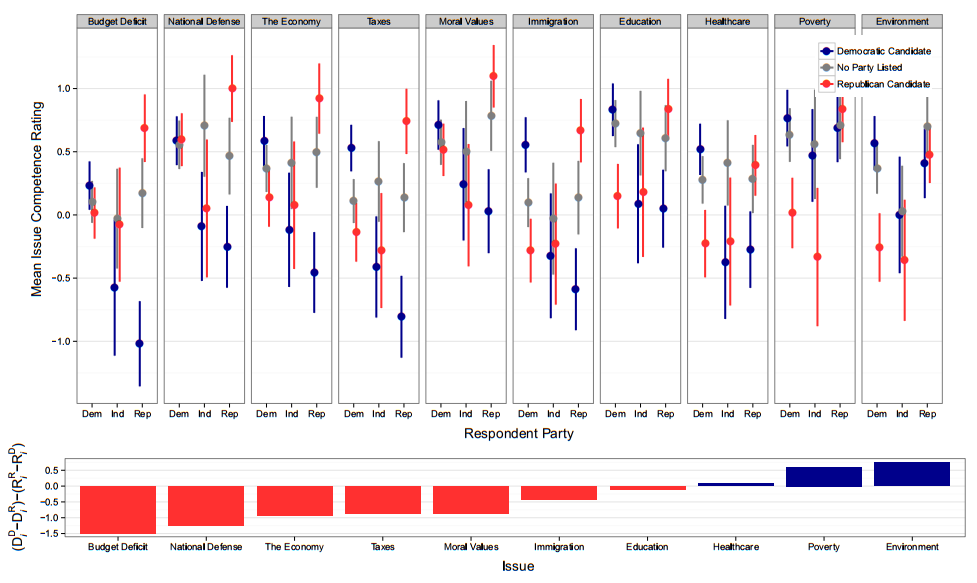