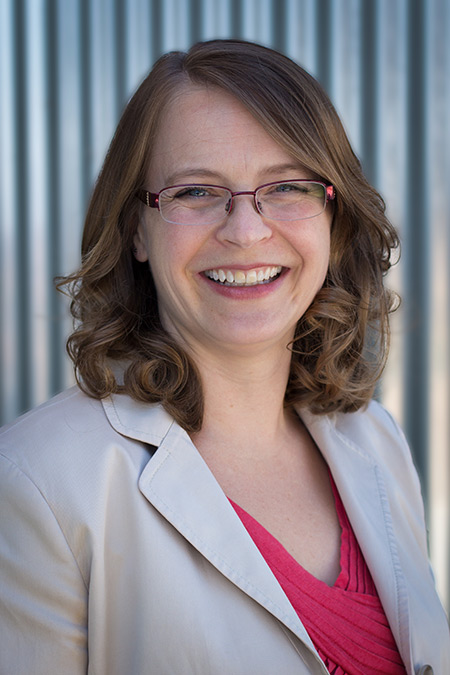 Distracted or mentally taxed voters across America are less likely to vote for candidates of color, a new paper indicates.

Through a series of mock election experiments, UC Merced Professor Jessica Trounstine, graduate student Kau Vue and two colleagues demonstrate that voters often rely on racial cues and mental shortcuts when faced with complicated, crowded or low-information ballots. However, when voters have substantive information about candidates and fewer distractions, they are less likely to rely on simple cues such as racial stereotypes.

“Our work tries to understand why Asians, African Americans and Latinos are all underrepresented on city and county councils and boards,” Trounstine said. “For example, here in Merced, where 50 percent of the populations is Latino, we have rarely had a Latino city council member.”

Existing research has shown that cities with at-large elections, like Merced had until 2016, are less likely to elect racial minorities to their councils. Recently, Merced adopted district elections, which means that the city is divided into geographic areas, each with its own city council representative. Trounstine said this is likely to lead to more Latino and Hmong representation over time.

At-large local elections are common across the country, Trounstine said, becoming widely used between 1900 and 1940, in some cases specifically because they are known to disadvantage minorities who are concentrated in certain areas.

But Trounstine and her co-authors had a hunch that geography is not the only reason at-large elections are bad for minorities. At-large elections can be complicated for voters because they must choose among many candidates at once. Trounstine and her co-authors hypothesized that this might lead voters to fall back on mental shortcuts to make their choices. Research from the fields of both psychology and political science shows that these kinds of shortcuts can penalize candidates of color.

One of the experiments Trounstine and the other researchers conducted looked at the difference between at-large and district elections, showing volunteers sets of six candidate names and photos. Each volunteer had to choose three candidates from among the six, which was enough work that “usually, they chose the white candidate,” Trounstine said, leaving large segments of populations unrepresented.

By comparing to how well minority candidates performed when there were only two choices — as there would be in a district election — the researchers could see the difference. A second experiment simulated district elections, but asked the volunteers to count the number of times they blinked while they were deciding which candidate to choose.

“It’s not a difficult task, but it’s distracting enough that people reverted to using those same racial cues,” Trounstine said. “Most people aren’t even aware they are doing it.”

California offers voters guides and other materials to help them prepare for elections, but the state often has long, complicated ballots with dozens of candidates and referenda that voters are expected to know. In some other states, though, there are no sample ballots sent out beforehand, and ballots only include candidates’ names. That’s often when people resort to mental shortcuts and ethnic cues.

A companion paper to the one that won the APSA award shows when voters have even just a little information about candidates, such as occupations, ages and experience, they don’t rely so heavily on racial cues, Trounstine said.

Trounstine is a member of the Political Science unit in the School of Social Sciences, Humanities and Arts. She worked on the award-winning paper with faculty colleagues at Syracuse University and the College of the South, as well as Vue, who played an important role in the experiments. Troustine said Vue gathered all the “candidate” photos, and transformed all the data info a form the others could analyze. Vue is finishing her Ph.D. this year, and was recently hired for a tenure-track faculty position at Fresno Community College.

The researchers hope their work will contribute to more efficient and fairer elections.

“We should design our democracy to take into account that voters are distracted,” Trounstine said. “We should do everything we can to make voting easier. When democracy requires us to make difficult choices, sometimes there are unintended consequences.”