More timely research, as Professor Courtenay Conrad's paper "Threat Perception and American Support for Torture" has just been published in Political Behavior (FirstView). Congratulations to Prof. Conrad and her co-authors!

The paper presents theoretical and empirical evidence about when Americans support their government's use of torture. The authors argue that threat perception is a key driver of this behavior, and present data from a nationally representative survey experiment to support this claim. The results how that Americans are much more likely to support government torture when directed at people they perceive as threatening: those with Arabic names, and those who are alleged to have committed terrorism. These results suggest that public opinion, which is often highly maleable, is not a reliable bulwark against torture. 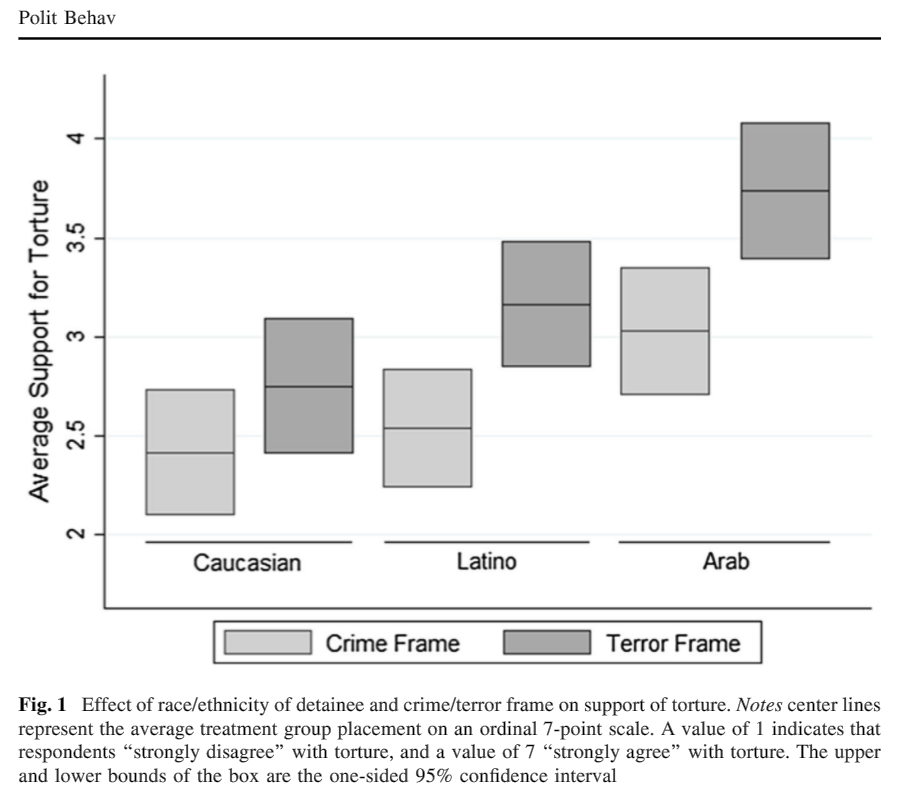