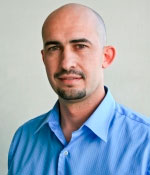 Professional Title:
Professor
Email:
nmonroe2@ucmerced.edu
Faculty Website:
www.nathanwmonroe.com
Education:
Research Interests:
Monroe is the Tony Coelho Chair of Public Policy and studies American politics with a focus on legislatures, especially the U.S. Congress. A main focus of his research reconsiders the conventional non-partisan view of the U.S. Senate. He is co-editor of Why Not Parties? Party Effects in the United States Senate (2008, University of Chicago Press) and co-author of Agenda Setting in the U.S. Senate: Costly Consideration and Majority Party Advantage (2011, Cambridge University Press). The latter develops a "costly-consideration theory" of legislative agenda setting designed to explain majority party advantage in the Senate, examines the roots of this advantage in Senate procedure, and tests the theory on data from the contemporary legislative process.
His research has also been published in the American Journal of Political Science, Journal of Politics, Legislative Studies Quarterly, Political Research Quarterly, and State Politics and Policy Quarterly. Prior to joining the faculty at UC Merced, Monroe held faculty positions at the University of the Pacific, and at Michigan State University.