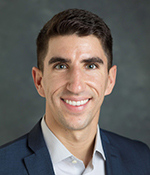 Professional Title:
Assistant Professor
Email:
cojeda5@ucmerced.edu
Lab Website(s):
http://www.cjojeda.com
Education:
Research Interests:
Bio:
Ojeda studies the social and economic roots of political inequality, with an emphasis on how poverty and poor mental health shape the political engagement of citizens are in turn shaped by political processes. He is currently working on a book project that explores how contemporary democratic politics makes citizens feel depressed. His research has been funded by the Russell Sage Foundation and published in the American Political Science Review, American Journal of Political Science, American Sociological Review, and other journals. Ojeda won the Seymour Sudman award in 2012 from the American Association of Public Opinion Research and was the receipt of the Distinguished Junior Scholar Award in 2015 from the political psychology section of the American Political Science Association.