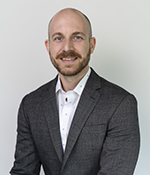 Bio:
Collin Grimes is a lecturer in Political Science at the University of California, Merced. He teaches courses that reach across comparative politics and into economics, with a focus on democratization, political economy, and Latin America. His research and writings, which have appeared in such journals as Comparative Politics and Latin American Perspectives, focus on political economy and civil-military relations in comparative perspective. He has studied in Santiago, Chile, and Buenos Aires, Argentina, and is a former Visiting Assistant Professor at Skidmore College and Visiting Researcher at the Pontificia Universidad Católica de Chile.
Personal Website(s):
https://scholar.google.com/citations?user=_p9ZBcQAAAAJ&hl=en&oi=ao