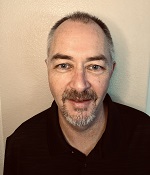 Den Hartog is a Visiting Professor in the UC Merced Political Science Department during the 2020-2023 academic year. He is a Professor of Political Science at Cal Poly San Luis Obispo. In one way or another, his research deals with policy making by legislatures, especially the US Congress. His work focuses especially on the question, "how does the interaction between political parties and congressional procedures affect the policy decisions made by Congress?" In particular, he studies the interactions between congressional procedures and congressional parties, and how those interactions give some members of Congress more influence over what policies Congress adopts, while giving other members less influence. In addition, he studies the how and why Congress’s legislative procedures and parties have changed across history, and how the distribution of power within Congress has changed as a result of those changes.

Prior to Cal Poly, he taught University of California, San Diego and at Northwestern University. He is the co-author, with Nathan Monroe, of Agenda Setting in the U.S. Senate: Costly Consideration and Majority Party Advantage (Cambridge University Press, 2011) and The Jeffords Switch: Changing Majority Status and Causal Processes in the U.S. Senate (University of Michigan Press, 2019). In addition, he has published several journal articles and book chapters.